Where the Roads Meet House / arches


Where the Roads Meet House / arches 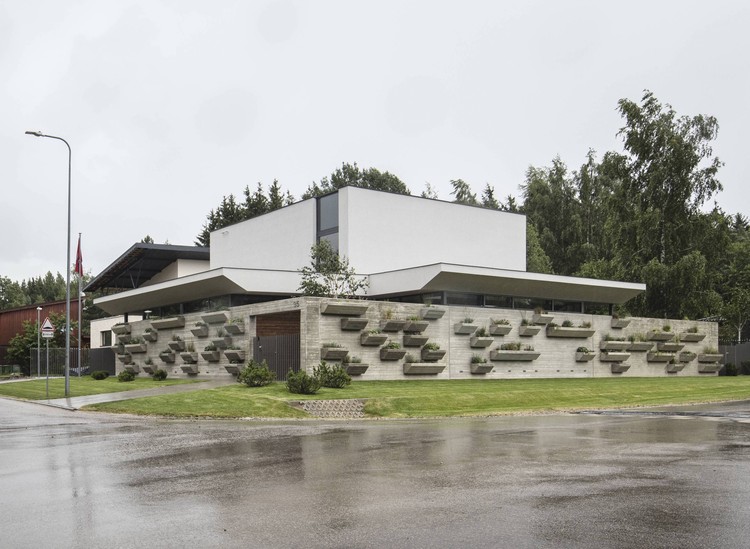 Text description provided by the architects. When we think of crossroads, we rarely call it a MEETING place of roads, much more often just their intersection. And after all, this place makes us stop, choose another direction of movement, see each other. It is a kind of mythological place, also mentioned in fairy tales, legends, where heroes are forced to decide their own destiny. The clients chose a plot in a small, cozy community located along a suburban street, having only a single crossroad.

After inspecting the territory, the first attempt prompted to isolate oneself as much as possible, to protect the area from noise and strangers. However, after observing the local rhythm of life, the importance of this space for the community became clear – it is a place where the flows of different communities pass, place where the MEETING happens.

In such a context, our approach to the situation has changed. We desired to reconcile privacy and the benefits of living in the community. We have proposed to abandon the traditional fencing of the territory with fences, delegating the function of protecting the family space to the house itself. The proposal of the sculptural concrete wall of the house with plant inclusions also helps to highlight the desire not to privatize the street space, but rather to enrich it and turn it into a gateway to the deep world of the community.

Thus, the mentioned wall becomes an essential compositional and functional formant of the building. The structure arranged at an angle, forming the intersection, creates a cozy family space. The wall is designed not only to protect from the streetarea, but let the western sun into the premises as well. In the north corner, the entrance yard of the house became a kind of relaxation zone, a secret garden, behind which the other world begins. The house, with a minimum of windows on three sides, opens up with all its interior spaces to the southern, enclosed courtyard.

The living and kitchen areas on the first floor have direct access to the covered courtyard terrace with an outdoor fireplace area, while the bedrooms on the second floor have a south-facing balcony for a fun evening. After the vital crossroad space, light is the second factor that influences the expression of a house. In such a context, the building has tried to let the natural light in from all sides, to generate as much sunlight as possible by shaping the elements of architecture accordingly at the same time.

The concrete wall of the house is designed not over the entire height of the first level, leaving a small gap for the sunlight to come in. All in all, it would be misleading to think that the house is just a user of the light – on the evening when it gets dark around, the light emanating through skylights and slit windows further illuminates the MEETING crossroad, which from now on symbolizes the beginning of community space.