Manea Kella's aim is to "surprise and reinvent" in every project 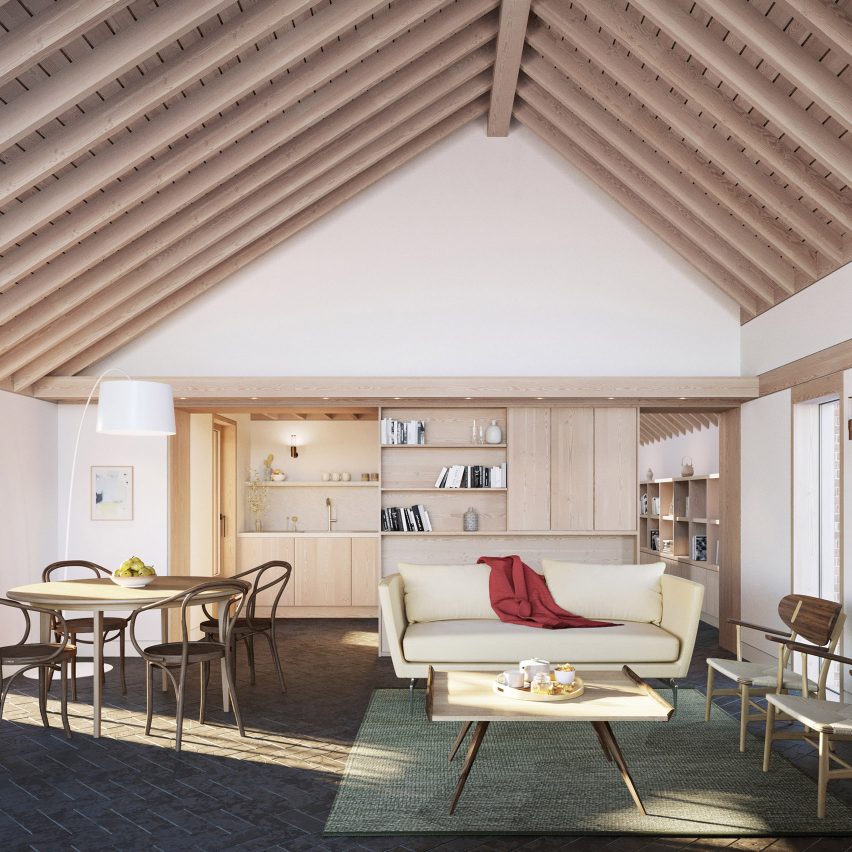 VDF studio profile: Manea Kella is an architecture studio based in London, UK, which is driven by art, research and “concern for human experience”.

The studio was founded in 2017 by Elena Kella and Adrian Manea and has since worked on projects in Romania, Cyprus and the UK across a variety of scales and sectors.

Manea Kella’s creative process is underpinned by collaboration and research, motivated by an ambition to improve the human experience and create spaces that are beneficial to society.

The main goal of every Manea Kella project is to “surprise and reinvent”, in order to engage with the users of its spaces. To achieve this, the studio is also influenced by art – which it cites as the “true driver of its existence”.

“The studio’s approach is collaborative and the work is informed by working closely with other professionals, experts and stakeholders,” Manea Kella said. “Its design process is also underpinned by conscientious research and a concern for human experience,” it continued.

“Art is a source of constant inspiration within the studio and a true driver of its existence. Its aim is to surprise and reinvent each time whilst keeping the same demanding level of quality and attention to detail.”

Significant projects by the studio include Casa Popeea Boutique Hotel in Romania, for which the studio overhauled the large art-nouveau Casa Popeea house to create an 11 room boutique hotel.

The project was complex and required the studio to resolve many issues surrounding the building’s access and circulation, all while retaining its original character and charm.

“The restoration and repair of the existing structure was driven by the idea that the original structure should be emphasised in its spatial context and original materiality,” explained the Manea Kella. “The new reflects the lost without imitating it.”

In Nottinghamshire in the UK, Manea Kella is currently working on a barn conversion within the historic village of Colston Bassett. The studio was asked to transform the structure into accommodation for the client’s extended family, while also offering space for them to store their collection of books and art.

The studio’s design takes cues from the existing building and its context, echoing the form of the original structure and seeking to establish a connection with the garden.

Another ongoing project by Manea Kella is the HP Gardens masterplan in Constanta, Romania, which is one of the studio’s largest-scale projects and involves the design of 1,500 homes on a 6.5-hectare site.

The studio’s commitment to research is most evident in this scheme, as it has drawn on “the best urban spaces and examples of urban regeneration from around the world” as well as “the unique natural conditions and ecology of this stretch of the Black Sea coast” in its design.

Landscaping plays an important role in the project, prioritising pedestrians and cyclists, in addition to the construction of independent shops, cafes and restaurants that will “create a powerful sense of place”.

Virtual Design Festival is the world’s first online design festival, taking place from 15 April to 30 June. For more information, or to be added to the mailing list, contact us at vdf@dezeen.com.

A studio profile on Virtual Design Festival could expose your work to Dezeen’s three million monthly website visitors. Each studio profile will be featured on the VDF homepage and included in Dezeen’s daily newsletter, which has 170,000 subscribers.

The post Manea Kella's aim is to "surprise and reinvent" in every project appeared first on Dezeen.