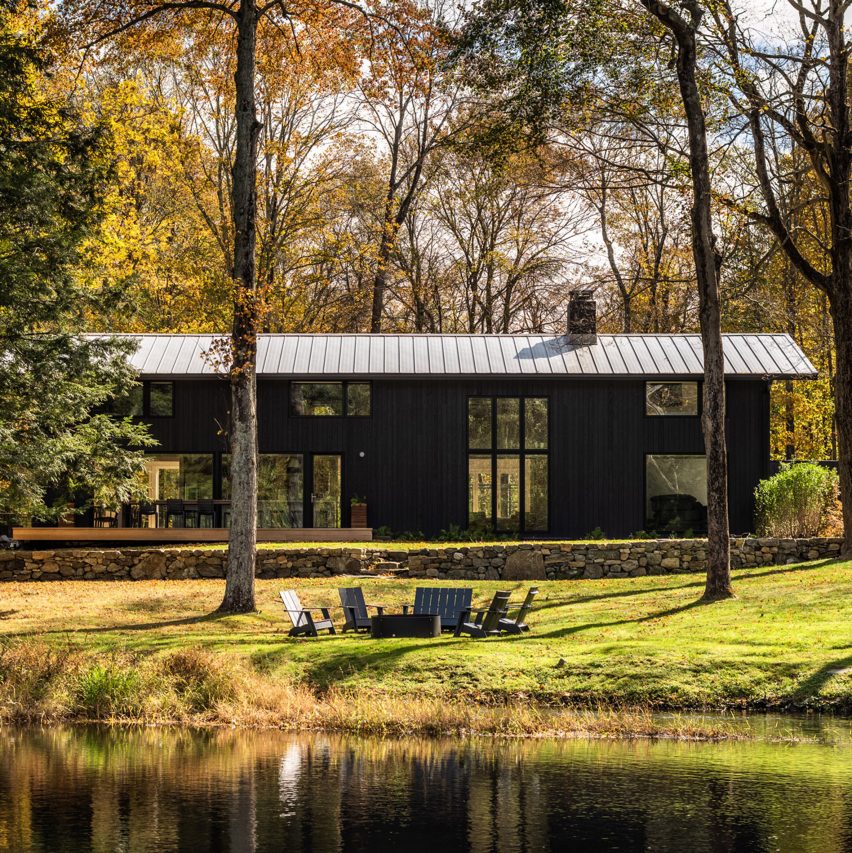 New York studio Vondalwig Architecture has overhauled the exterior of a 1960s house in Hudson Valley with blackened wood, and updated the interiors with features like white-painted brick and a curved pink wall.

Called House 23, the residence comprises a two-storey dwelling and a detached studio that was built in 1967 in Bedford in Westchester County. The area is known for its natural surrounds that are only an hour drive from New York City. 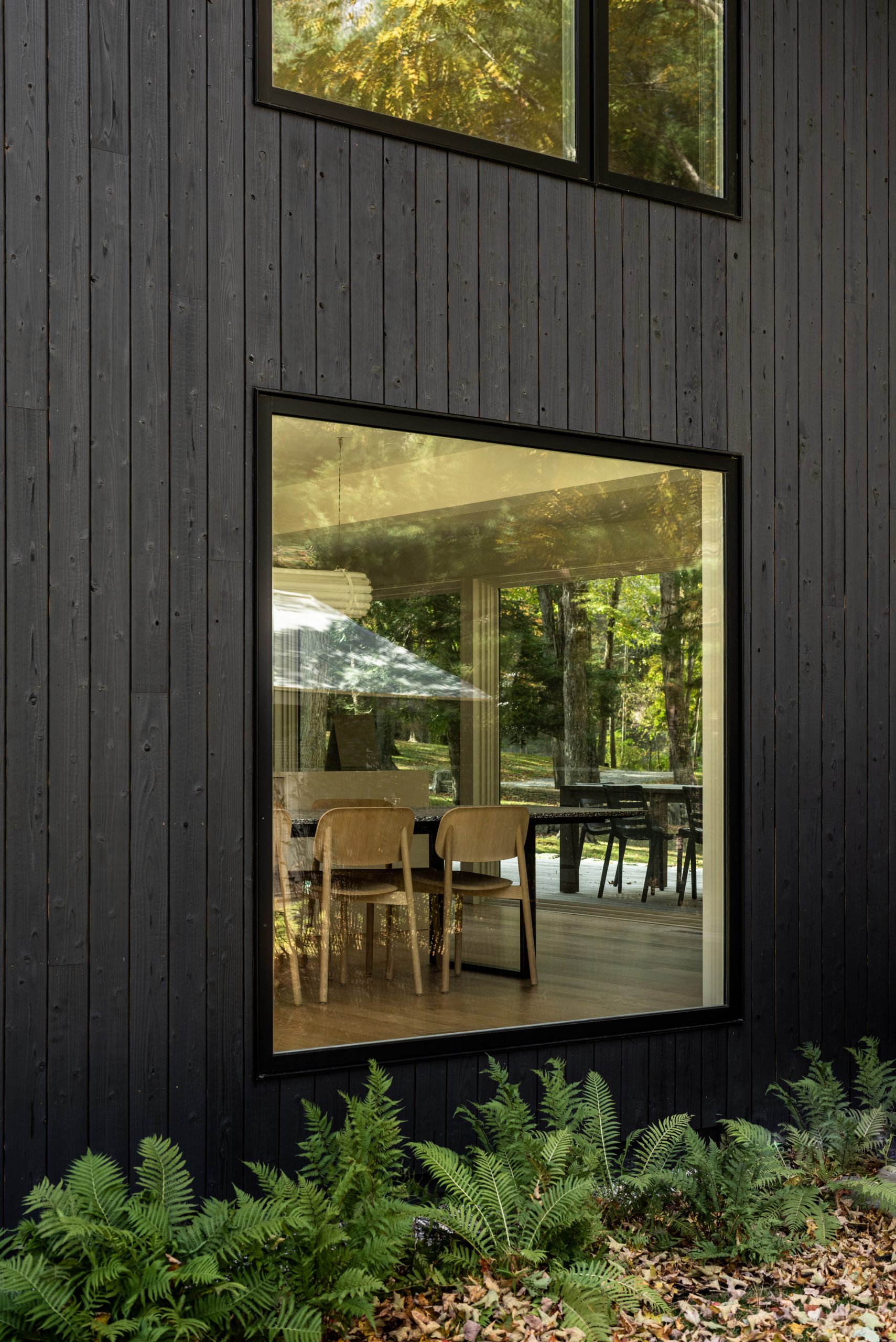 The house sits on 13 acres (five hectares) and overlooks a small pond. It is complete with a deck, outdoor swimming pool, single-storey addition and three-car garage that were all added during a renovation in 2009.

Vondalwig Architecture was tasked to refurbish the property with a modern aesthetic that enhanced its original design. 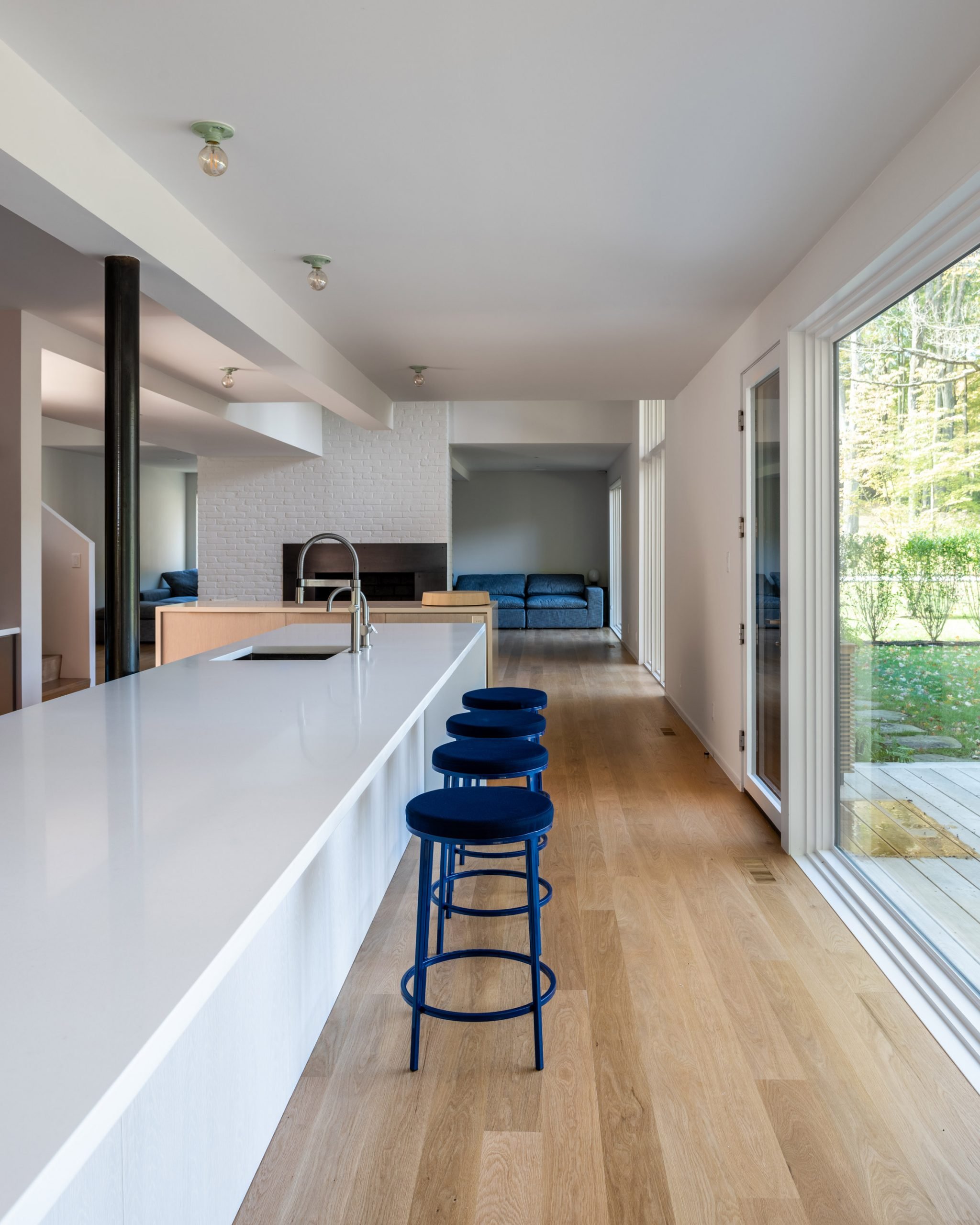 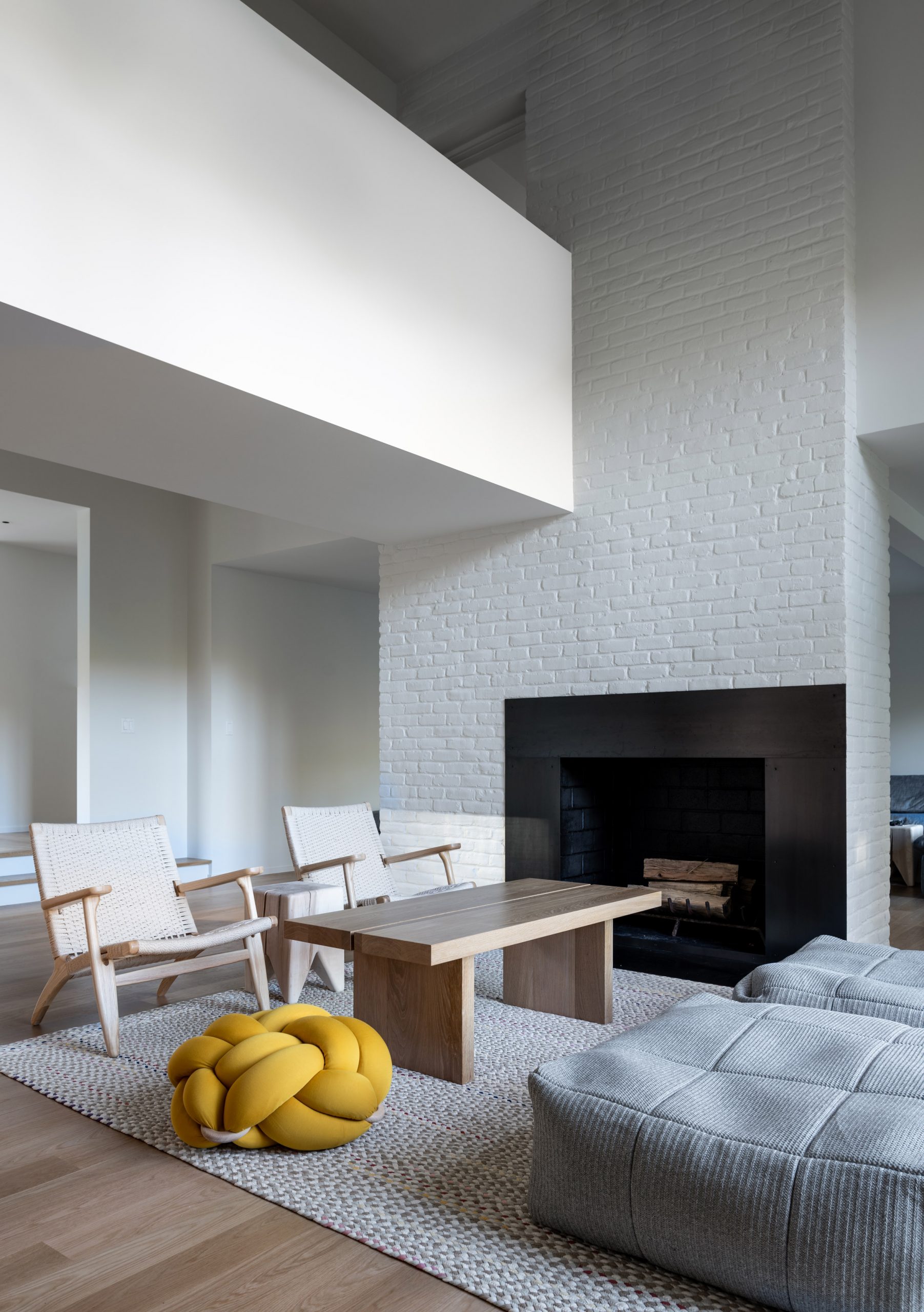 Upon entering is a double-height sitting area with an existing brick fireplace that has been white painted and two CH25 Easy Chairs by Hans J Wegner.

A free-standing cabinet serves as a room divider for an open-plan dining room and kitchen. Blue barstools add a pop of colour in the otherwise white space. 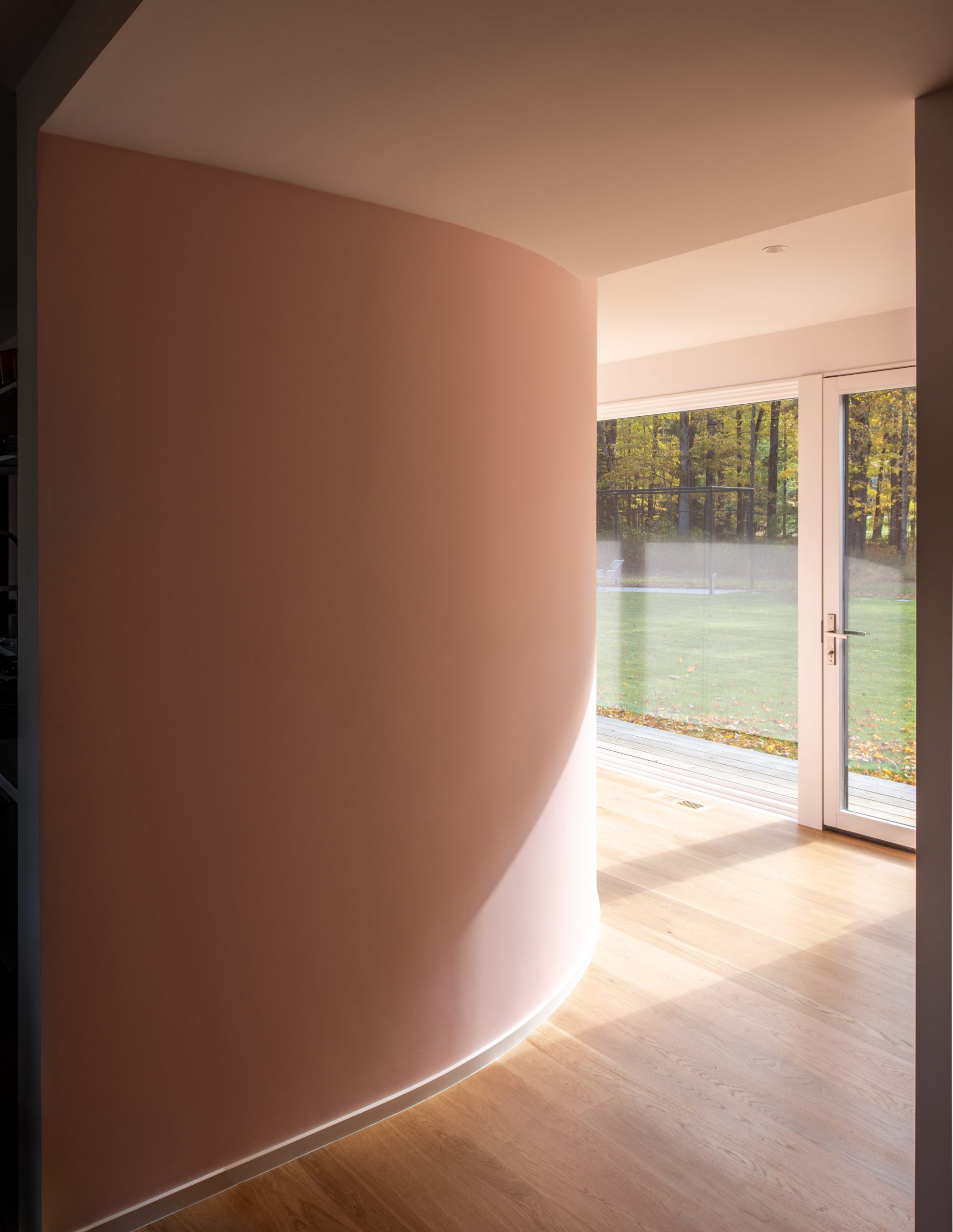 “Our approach was to allow the parts – the buildings, the landscape – to unfold and connect to the whole both inside and out, spatially and programmatically – and to establish relationships between spaces that builds a ‘stage’ allowing a programmatic ‘dance’ for the owners to visually and physically connect to the beautiful exterior setting,” the studio added. 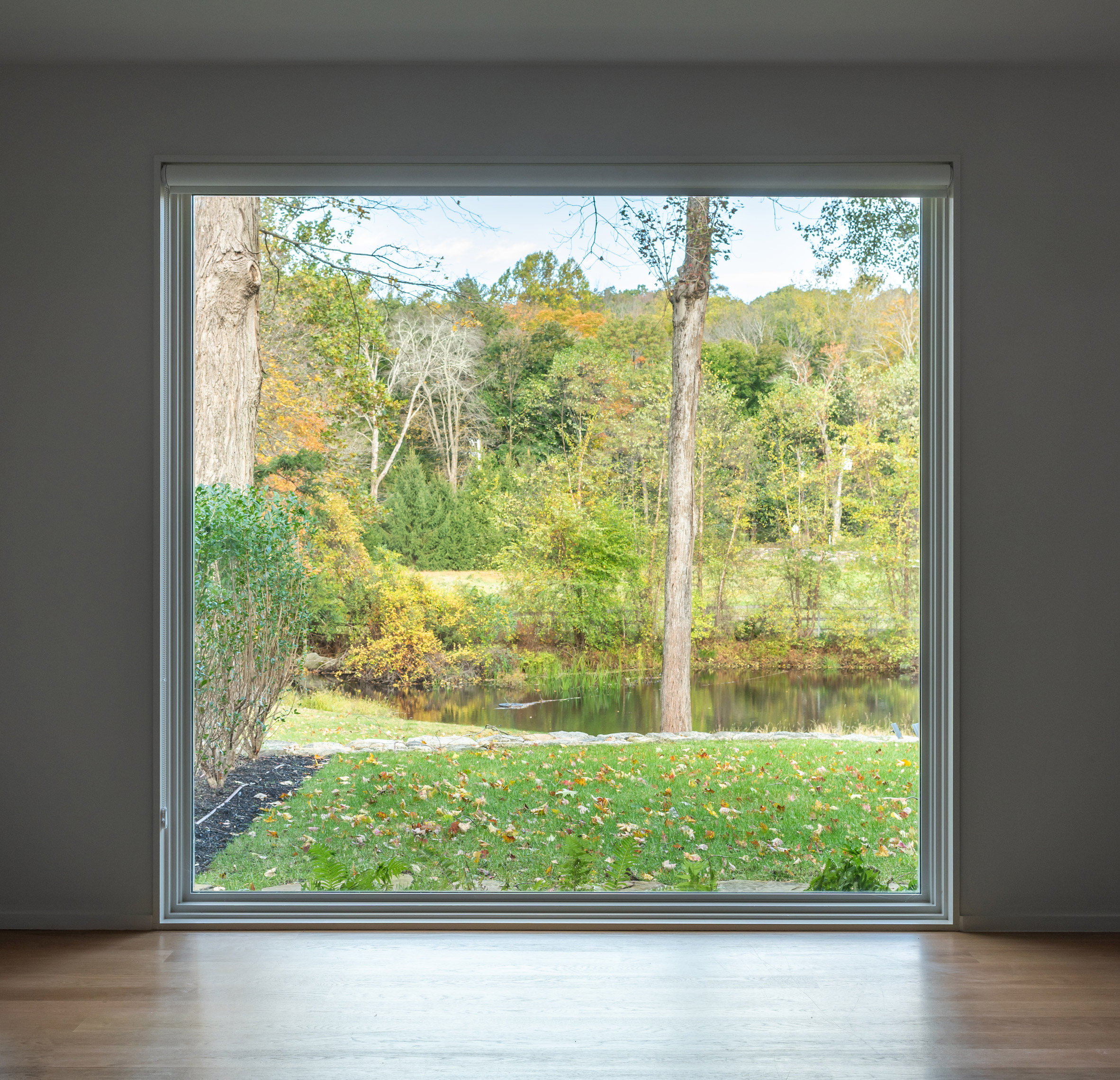 Also on the ground floor, the studio created a curved wall to enclose a new powder room while working around the windows. It is painted a pale pink. 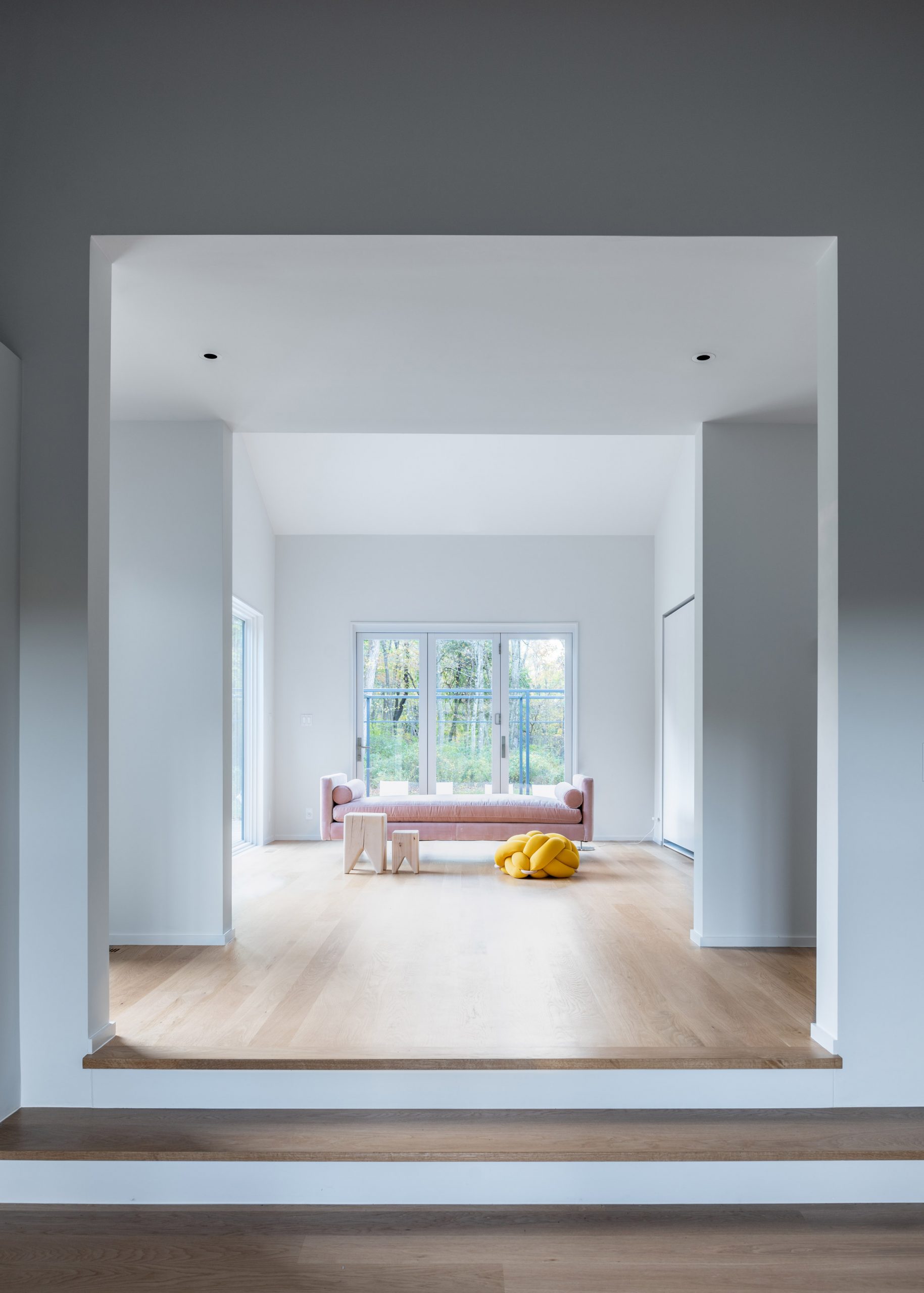 The extension that was added in 2009 includes another sitting area with a pale pink chaise, as well as a spacious bathroom with a wooden Japanese-style bathtub and walk-in shower. 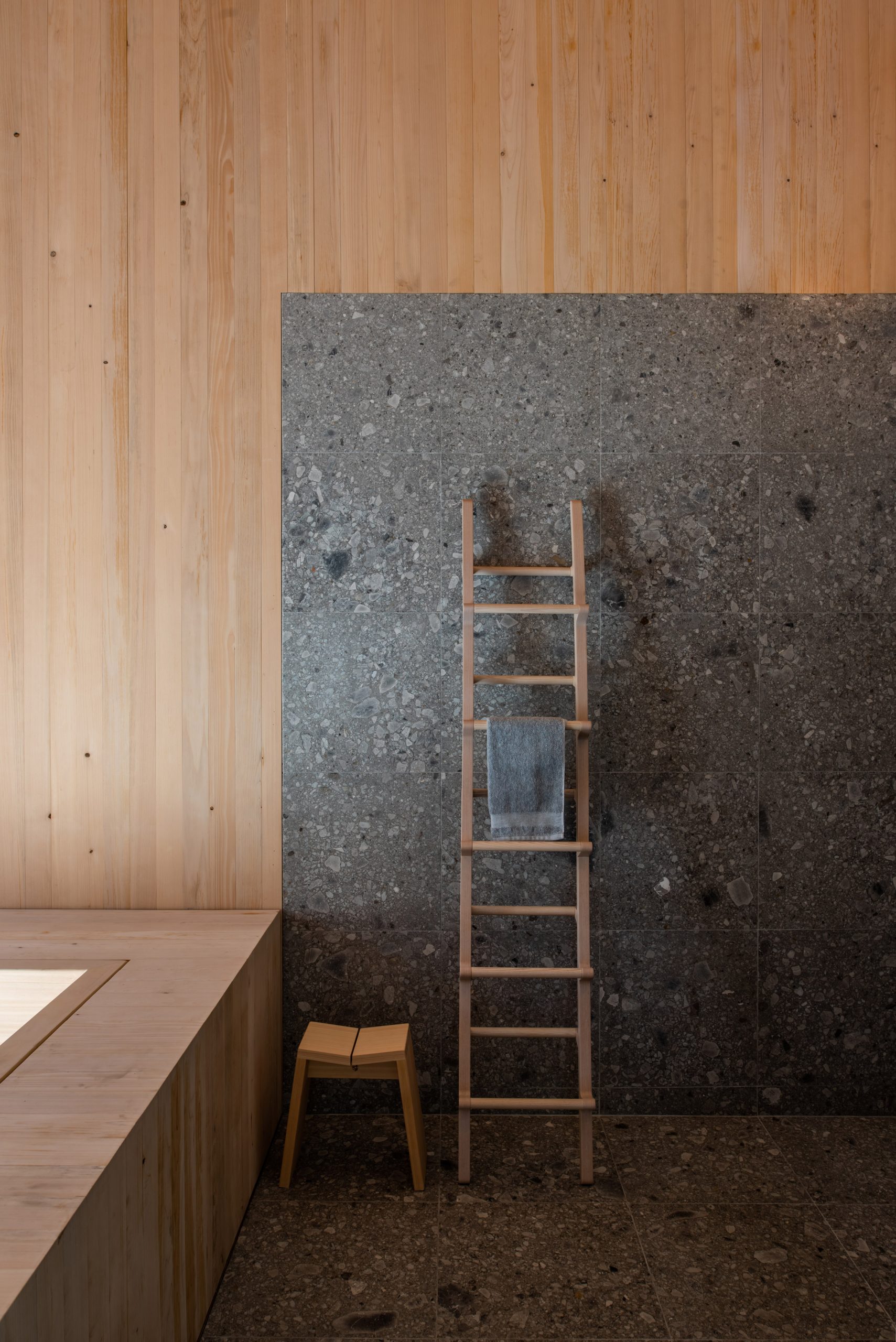 Four bedrooms and three bathrooms are on the first floor. A detached guest house rounds out the 3,670 square-foot (341-square-metre) property. 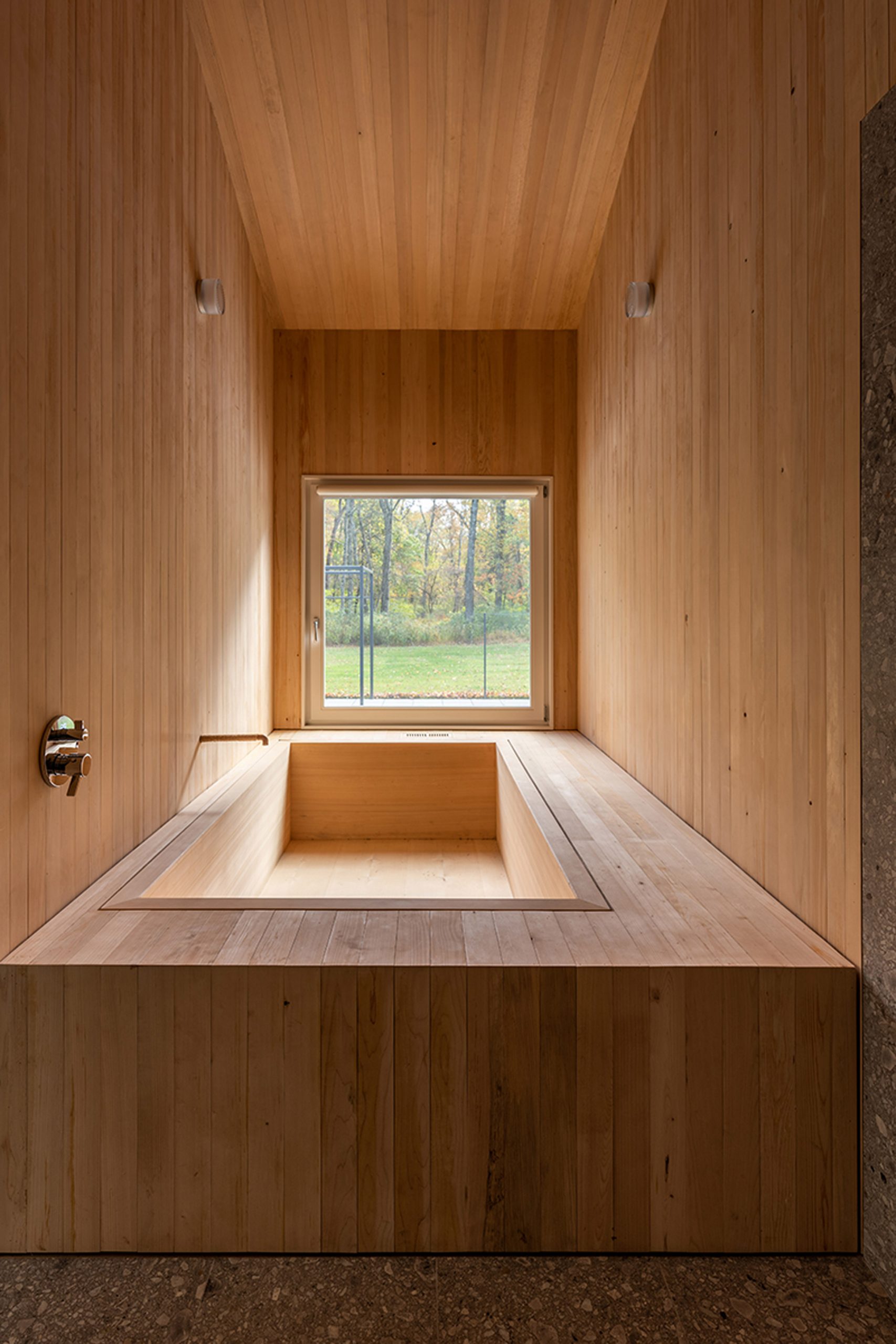 GRT Architects has also renovated midcentury home nearby in Croton-on-Hudson village, and Drake/Anderson has revived Columbia County residence in the town of Ghent as well.

In addition to this project, Vondalwig Architecture has also designed House 22 in New York City and expanded a Brooklyn townhouse in Park Slope. The studio is based in Brooklyn and led by husband-and-wife team Philip and Kit VonDalwig.

Photography is by Alan Tansey.